English language teaching – our mini guide to some of the most common words in the profession.

Sorting out your CELTA from your TEFL or even TESOL might be a problem if you’re new, or even not so new, to English language teaching (ELT).

Here’s a little guide to get you started.

ELT
English Language Teaching, which covers teaching English as a Foreign Language (EFL) or as a  second language (ESL).

This is the name of the profession and also the name of the industry, for example the ELT is the branch of book publishing that deals with materials for English language teaching.

EFL
English as a Foreign Language.

Usually used for the type of English taught to learners whose native language is not English and English is not used in their country as an official language. For example in Spain, English is a foreign language.

ESL
English as a Second Language.
Usually refers to the English needed by immigrants when they settle in an English speaking country. ESOL (English for speakers of other languages) and EAL English as an additional language are also terms now used for ESL in the UK.

Teaching English as a Foreign Language.
This means teaching English to people who don’t  speak it as their native language. It’s the name of the profession. Some years ago, the most common term was ELT (English language teaching) but more and more people are adopting the acronym TEFL.

Although people do talk about a TEFL Certificate, this is not an official name of an internationally recognised qualification.  It usually means the person has a ‘certificate to teach English as a foreign language’.

Every year there seems to be more and more organisations offering training for people who want to teach English abroad. Unfortunately, this doesn’t mean that more and more TEFL certificates are being recognised. Choose your course carefully and check to see if the final certificate is accepted in the country where you want to teach.

This is a course that would prepare you to teach English as a foreign language.
It could be a Cambridge CELTA or a Trinity CertTESOL course, or it could be another course.

A teacher training course to prepare you to teach English as a foreign language. See above.

A term sometimes used for someone who travels and teaches English as a foreign language abroad.

Teaching English to Speakers of Other Languages.

ELT, TEFL and TESOL mean virtually the same thing.
In the United States the acronym TESOL is used more often.

TESOL is also the name of the professional association for Teachers of English to Speakers of other Languages which is based in the USA.

English for Speakers of Other Languages.

This is a fairly new acronym which is becoming more popular and covers both English as a Foreign Language and English as a Second Language.

The CELTA is awarded by Cambridge ESOL,  part of the University of Cambridge.
The CELTA is now the most respected and internationally recognised TEFL qualification in the world. More people take the CELTA as their first qualification when they want to teach English abroad than any other qualification.

Certificate of English Language Teaching to Young Learners was a useful qualification to have if you were working with children. This qualification is no longer organised by Cambridge, but some centres (IH Barcelona) still run a course based on the CELT-YL syllabus. It is a popular course in Barcelona as more and more teachers are now required to teach children.

Certificate in Teaching English to Speakers of Other Languages. The CertTesol is awarded by Trinity College, London and is one of the two initial English language teaching certificates accepted by the British Council.

The Trinity CertTesol is a popular alternative to the CELTA with training courses throughout the UK and around the world.

Certificate in International Business English Teaching. Awarded by Trinity College London and  English UK. The CertIBET is a qualification for teachers working with business people, either in a language  school or in companies. To prepare the CertIBET, you will need the CELTA or CertTESOL and 2 years’ experience.

Diploma in English Language Teaching to Adults. The DELTA is awarded by the University of  Cambridge

The DELTA is the advanced qualification for experienced teachers. If you want to progress in English language teaching, to take on more responsibility, or become a Director of Studies or a  teacher trainer, then this is the qualification for you.

The DELTA is internationally recognised and respected.

Diploma in Teaching English to Speakers of Other Languages. The DipTesol is awarded by Trinity College, London

This is the Trinity College, London advanced qualification for experienced teachers, similar to the DELTA. Like the DELTA, it is internationally recognised and respected.

This degree would be the next step after the DELTA. Universities in the UK and other English speaking countries offer you a great choice of MAs.  Like all courses, you should choose carefully. Take the time to look at the university’s reputation and the organisation of the course (and the cost) and also make sure that the modules or specialities offered cover your interests.

English for Specific Purposes. This acronym covers the type of English that certain professions  would need: engineers, doctors, lawyers.

English for Academic Purposes. This is the English and the skills that students from abroad will need to study in an English-speaking university. It’s the type of English tested in IELTS and TOEFL for entrance to university is academic English. 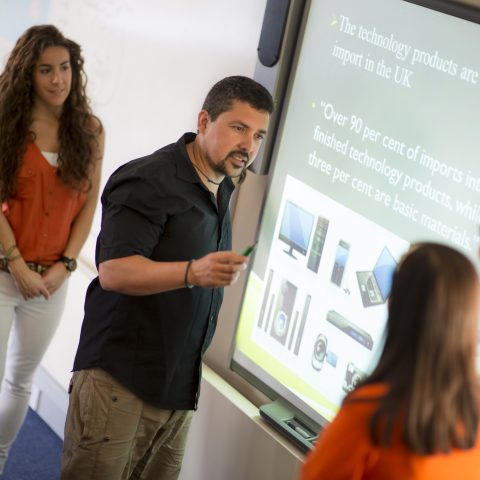 Which course for me?

The first step is to decide whether you want to make a career in Teaching English or just use it to travel for a short time.

More about teaching English as a foreign language. 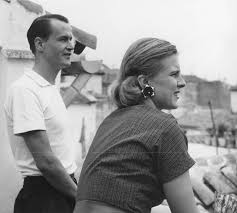